Update: this was written yonks ago, I just fixed the link and suddenly publication date changes? Don't understand why.

So I read this Buzzfeed list  and put a number of books on reservation because why the hell not, some YF always goes down. The first one to arrive was Richelle Mead's Vampire Academy, a book so lame (I assumed) that my teenagers showed zero interest in it (unlike that book Divergent which has a Hype). Well, it is quite lame. As nothing more than competent entertaining literature it's okay, just lacking in that certain something that can make even so-so books a bit more than average. It's always the characters that have to be so interesting that you want more of them. Somehow they have to be imbued with real traits and the at least hint of the complexity of actual people. Vampire Academy has none of that, sadly. Worse than that though is how sexist it is. Our main character, Rose, is a half human half vampire hybrid, who is gorgeous and curvy (unlike full-blood vampires) which makes her desirable to all men (no gay relationships in this book) at the vampire boarding school she attends together with the full-blood vampire Lissa that she has sworn to protect. However, exploring your sexuality and enjoying sex will brand you a slut and start some malicious gossip, as Rose soon discovers. After all, we can't have women uncrossing their legs all over the place, can we. She immediately accepts this and starts modifying her behaviour so people finally can respect her as an honourable woman. Oh I haven't the energy to even analyse this shit, but it's bad. Here's a picture instead. 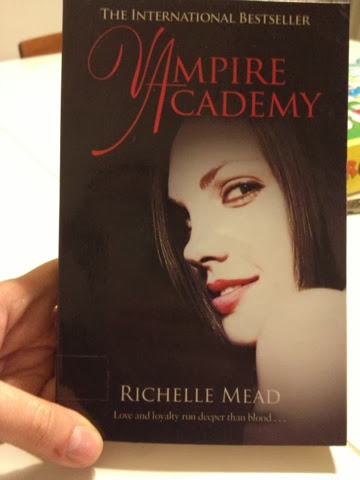