I'm not going to be long-winded now. This one is about the self-absorbed, rule-following detective known as Scorcher, that Frankie Mackey spoke of with such contempt in Faithful Place.  Turns out of course that Scorcher, Mick Kennedy, is a real person too, with a history and feelings. He is called to a murder scene in one of those ghost estates that litter Ireland after the end of the Tiger era - badly built and badly planned to start with, with no proper town planning infrastructure in place at all. (As a municipal employee that makes me furious, the way they could just buy land and start building. What sort of a half-arsed way is that to build a society, eh?) This place goes by the awful name of Brianstown (COME ON), but once it was Broken Harbour and when Mick Kennedy was a boy his family came her every year for two weeks of caravan holidaying in the summers, something to keep them going for the whole rest of the year.

The basic set-up of the scene is grisly and suspenseful, but as I found with the other books it promises more than it delivers. I don't know why that is. Her writing is great and she crafts this mood around the place that makes me think that we're going to get the most un-thought of reveal EVER - it's just so weird. Two children dead in their beds, the father stabbed to bits in the kitchen, the mother next to him badly injured and just barely alive. Holes punched in the walls with cameras directed at them. No community around them, just the wind howling around mostly empty and falling-down houses. I was really intrigued. But then felt a bit flat at the end. What's that about? 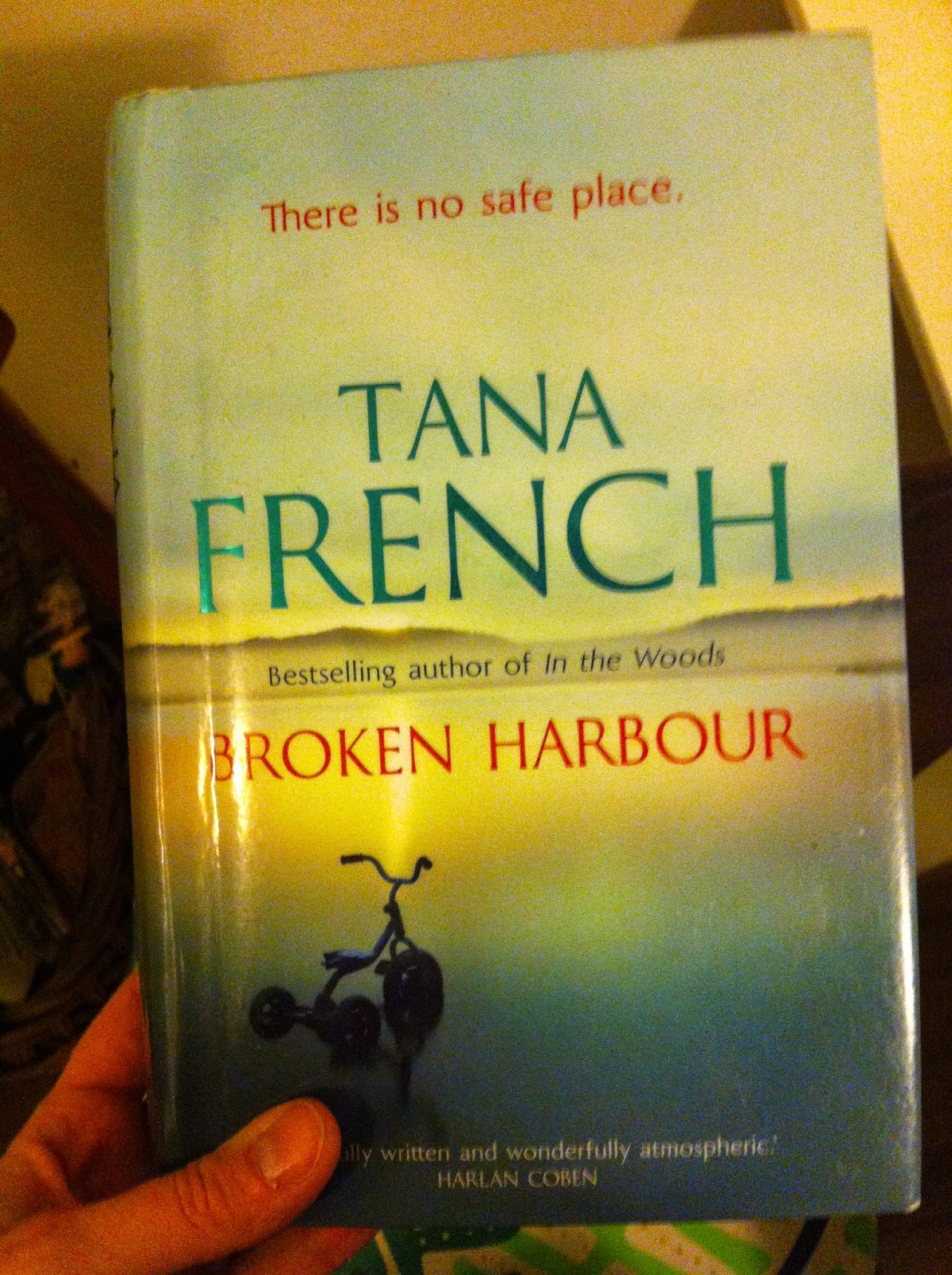