So I'm was browsing the bookshelves in a charity shop I don't often go to (but when I do I ALWAYS find something), and lo: 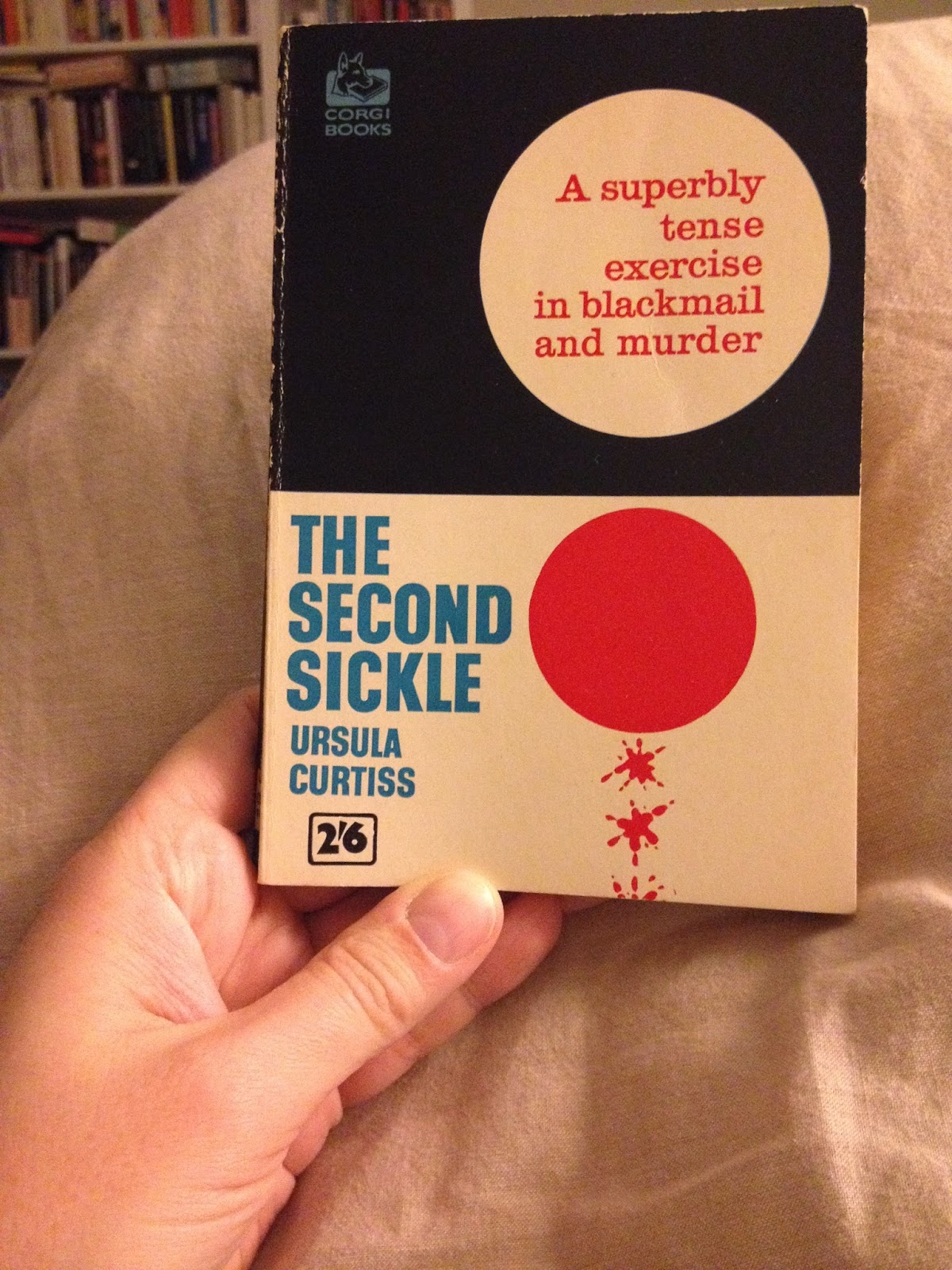 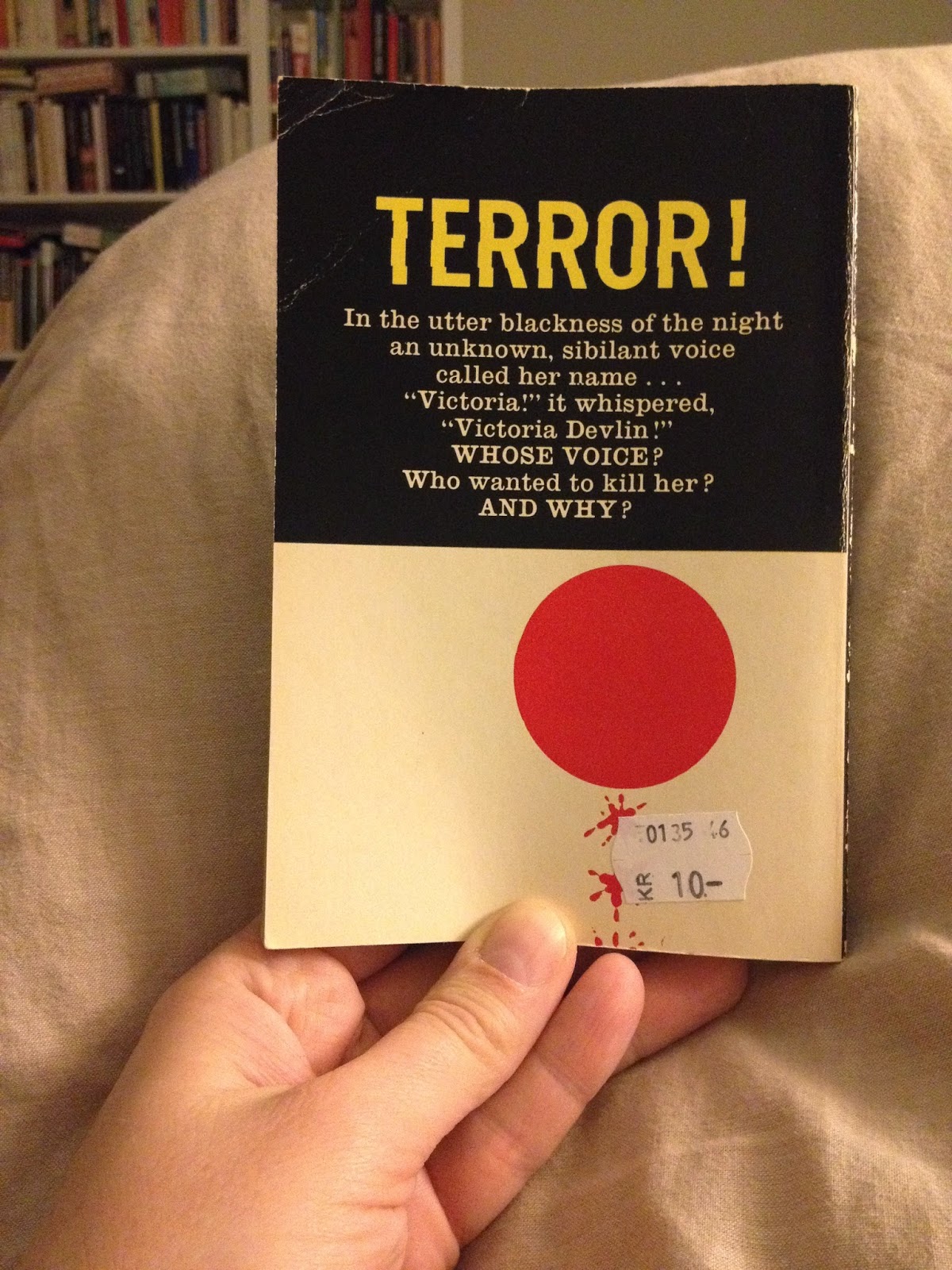 Isn't it just a lovely paperback! The story was quite good too, but having now read two Curtisses I am starting to form the opinion that there is a little bit too much of the coincidence in the storyline. I'm not sure I buy the premises completely. Nonetheless, I liked this. Victoria Devlin has been asked by a friend to stay at her grand house for a weekend and pretend that the friend is there but very ill and can't receive visitors. In reality, the friend has gone away to sort out some sort of important business - Victoria doesn't know what. What is her friend afraid of? Then a murderer escapes from a nearby asylum, a murderer who kills his victims with a sickle ... DUN DUN DUUUHHHNN.

What I don't understand is why the Americans don't do more filming from the wealth of good suspense stories they have from the Golden Age of detective fiction. This stuff beats almost all of your modern scripts. A bit of retro flair, some Mad Men type styling - you could rake in the cash, surely. Instead we have the English filming Agatha Christie twenty million times. I call misogyny in the US to be honest. When we learn about American crime fiction from say the first half and a bit of the 20th century it's all men and Marlowe. The Story of Film (such a brilliant programme!!!) brought up and showed the huge part that women played in early cinema, something that isn't at all plain if you read about the history of films in the mainstream works on the subject. You'd be forgiven for starting to see conspiracies, a conscious wiping-out of female contributors. I call another one. :/Class, please discuss.

These pulp-type paperbacks also have those great ads at the back where you can send off for more of the same. There are ads for two Curtiss books that I'd quite like to read, then some others that meh, not so much. Knock 3-1-2 and The Lenient Beast sound like vile shite. 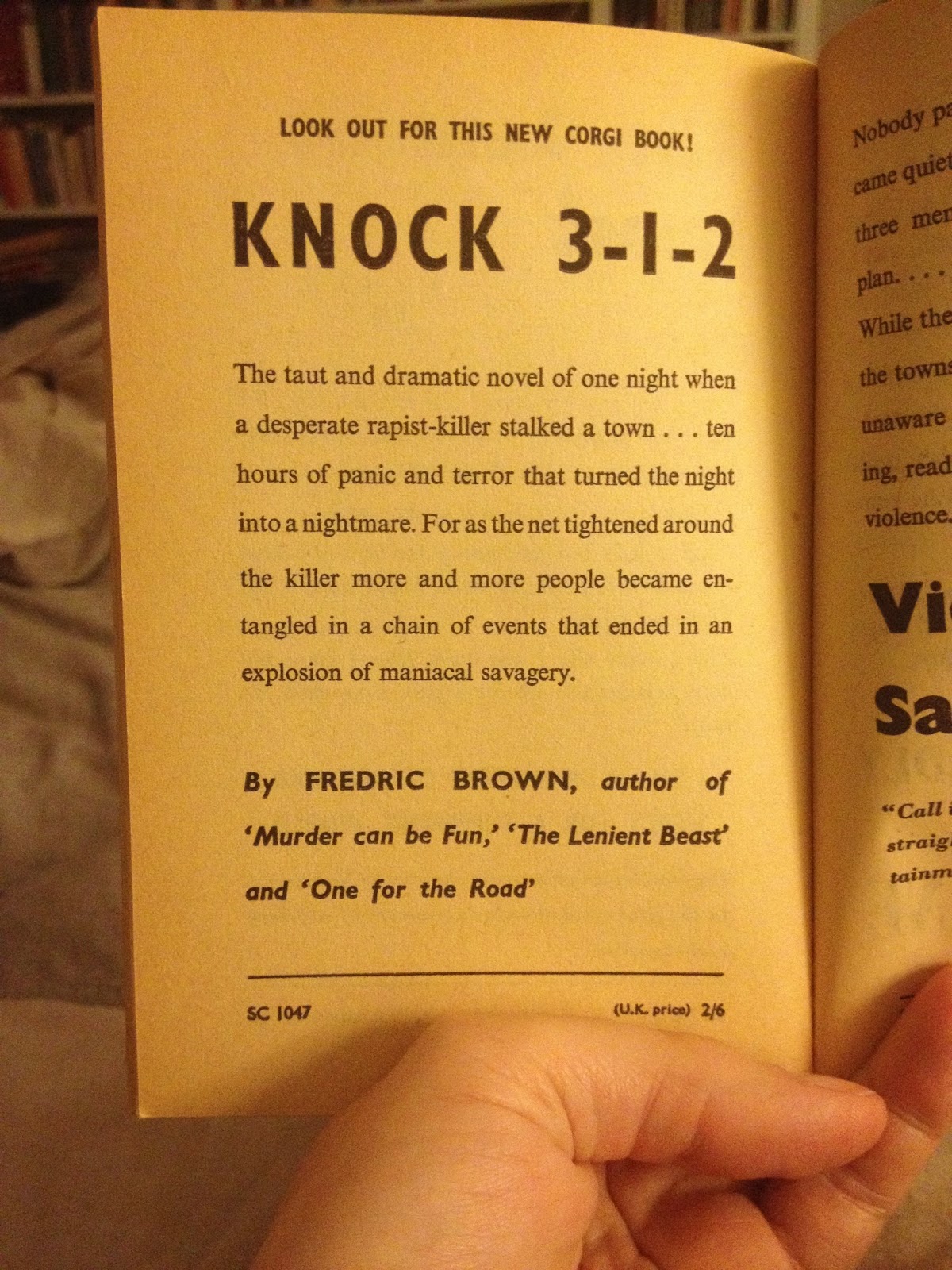 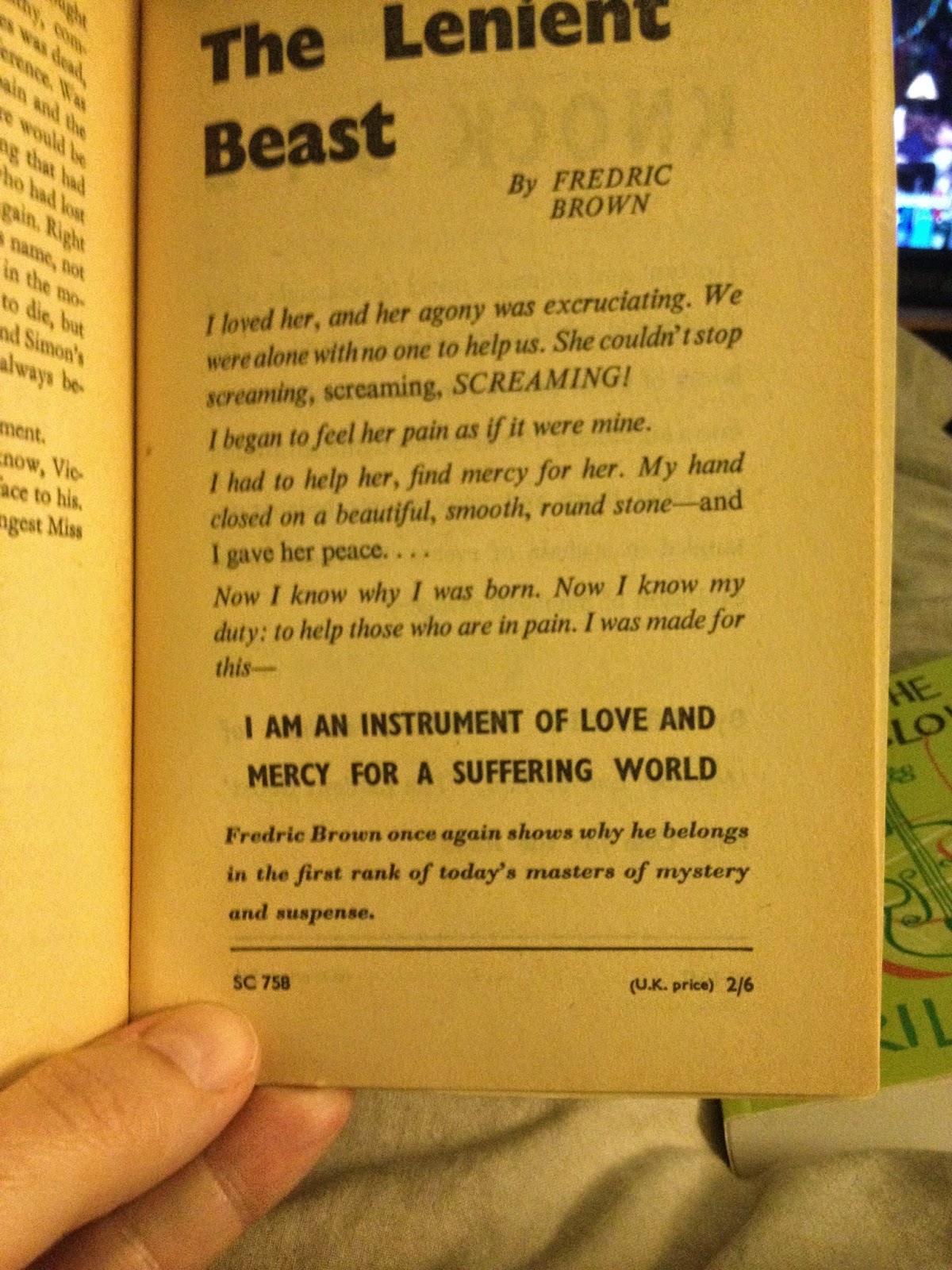 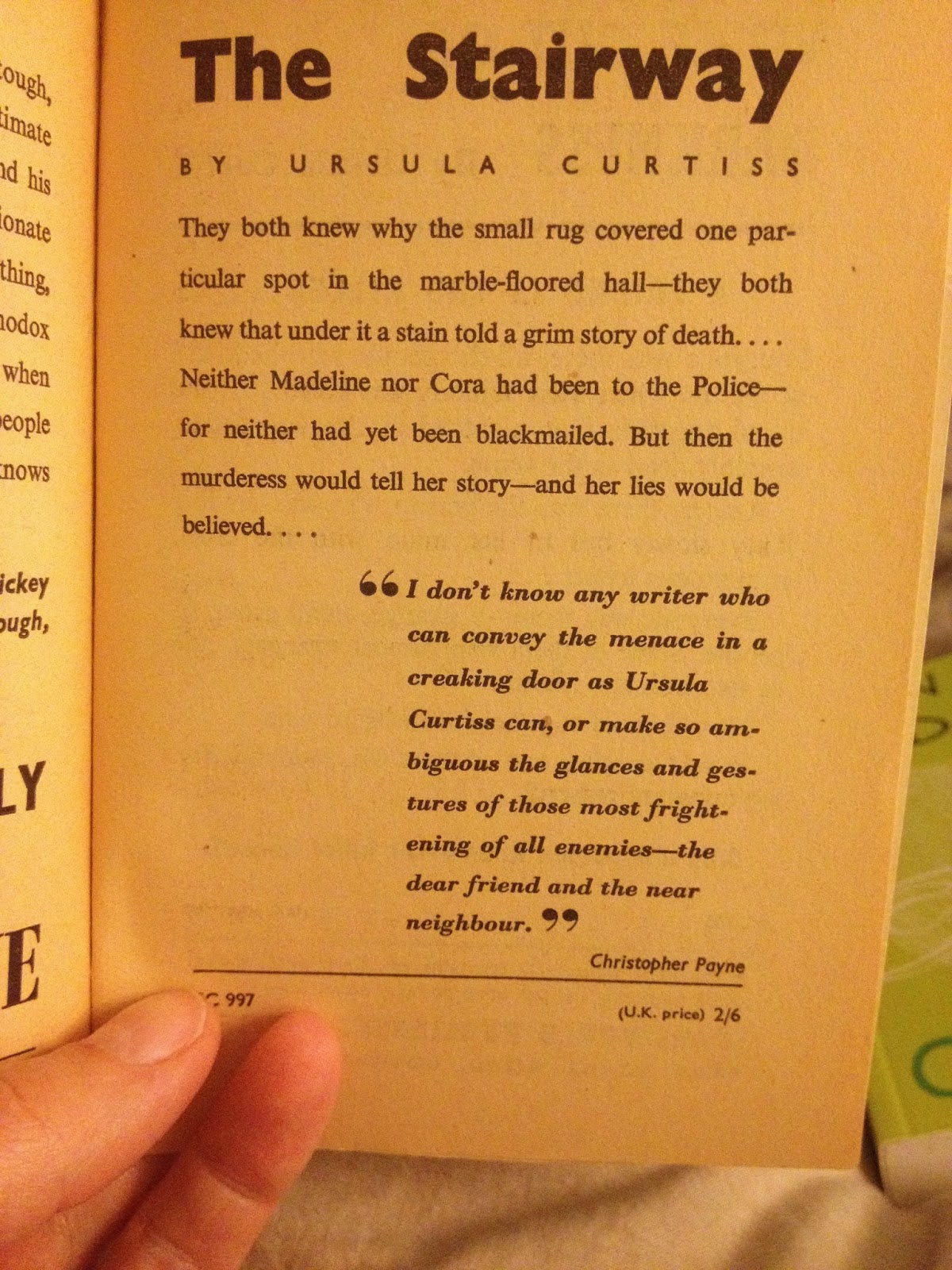 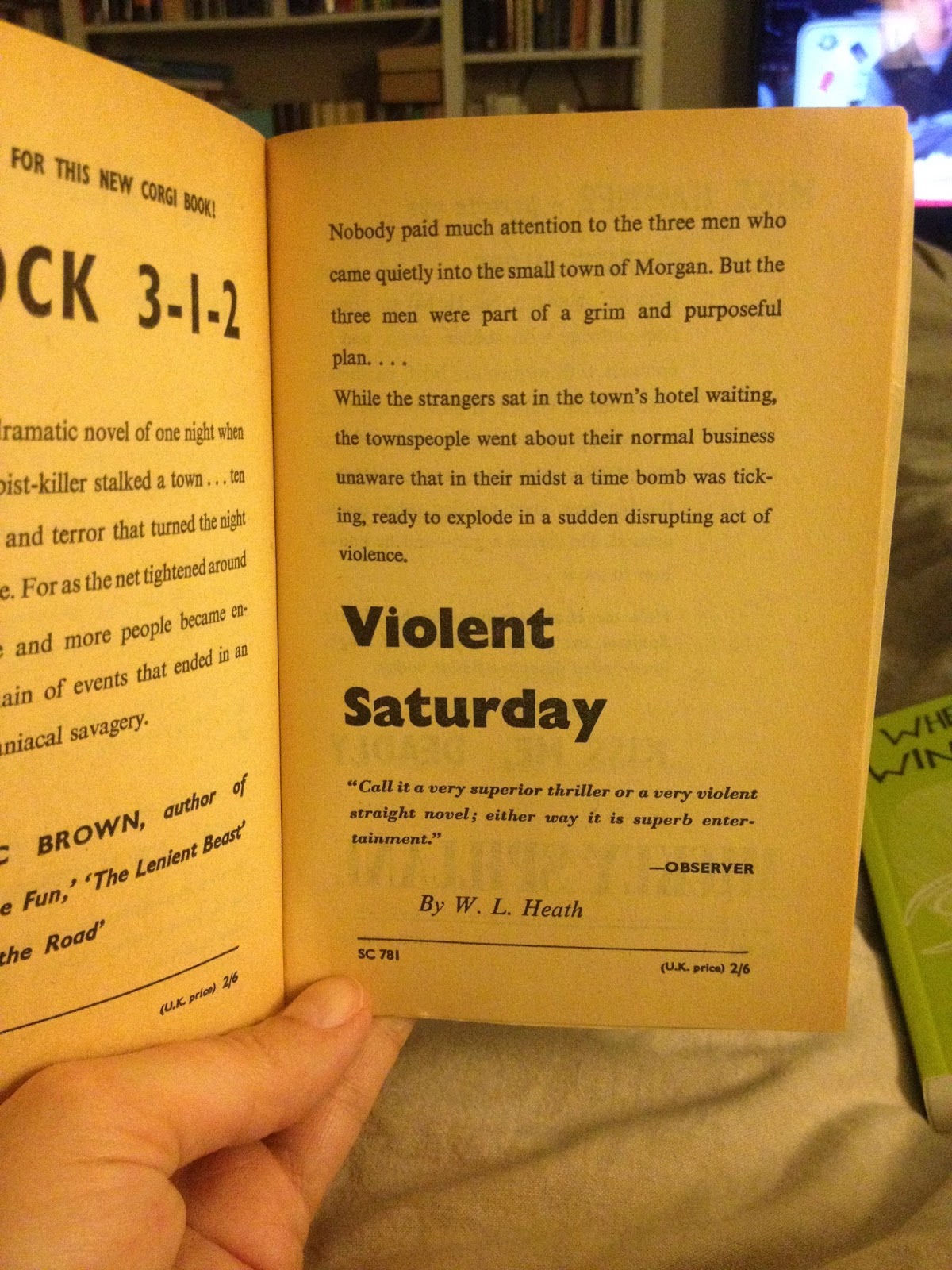 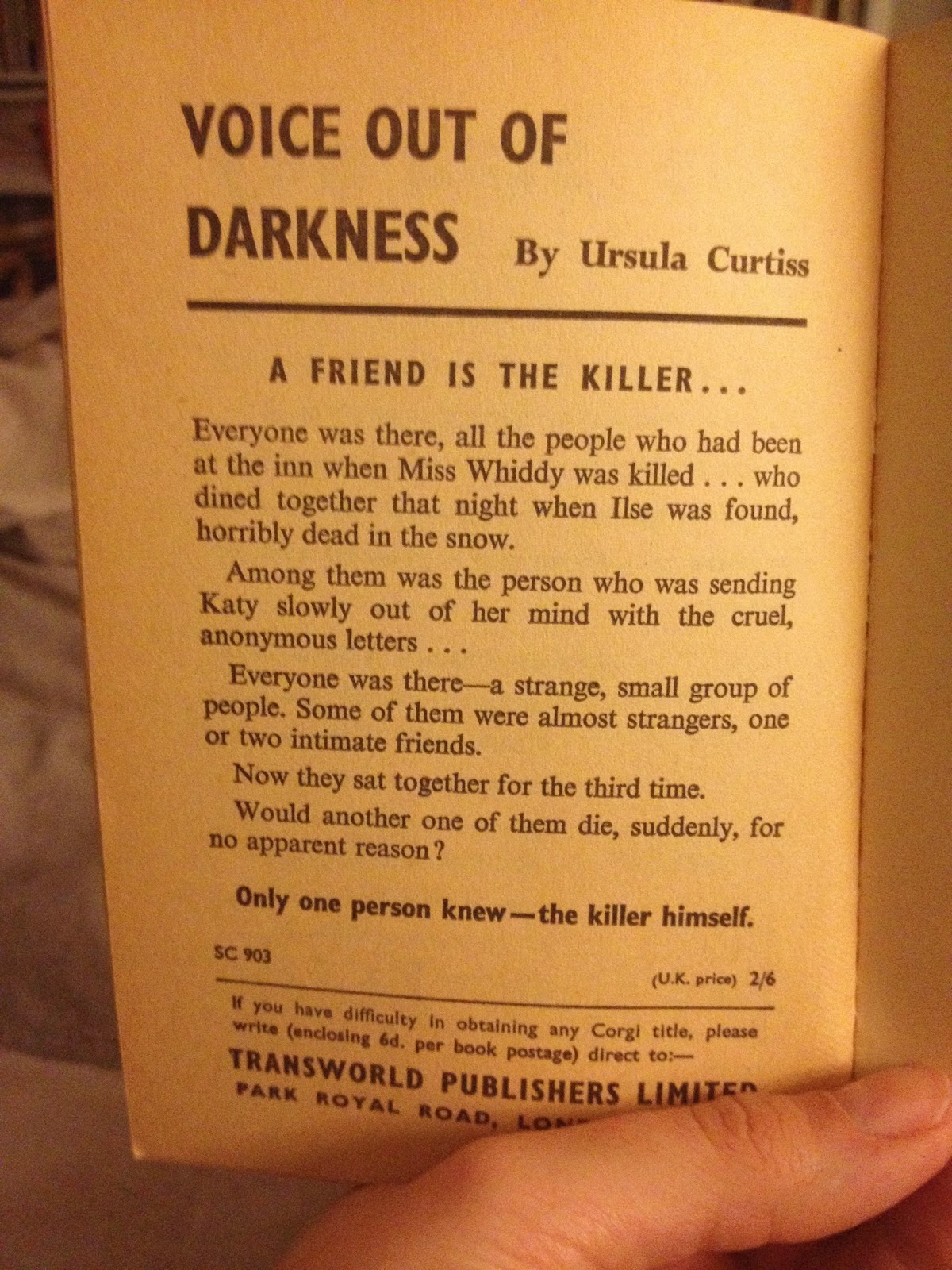 I fingered another pulpy novel when in the shop, but decided not to get it. I can't justify dragging home books just because the cover art appeals to my sense of nostalgia and my childhood memories... but look at this: 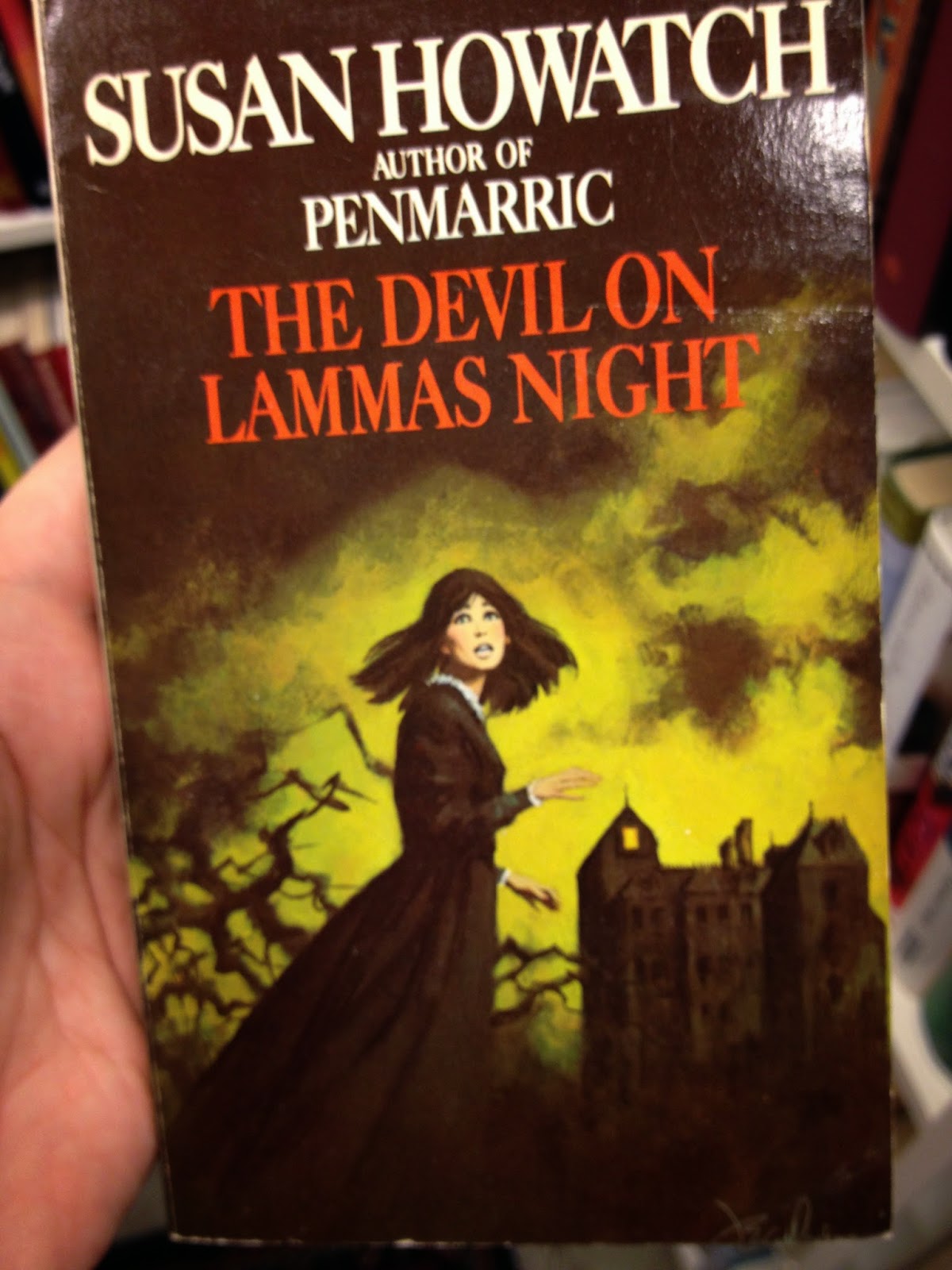 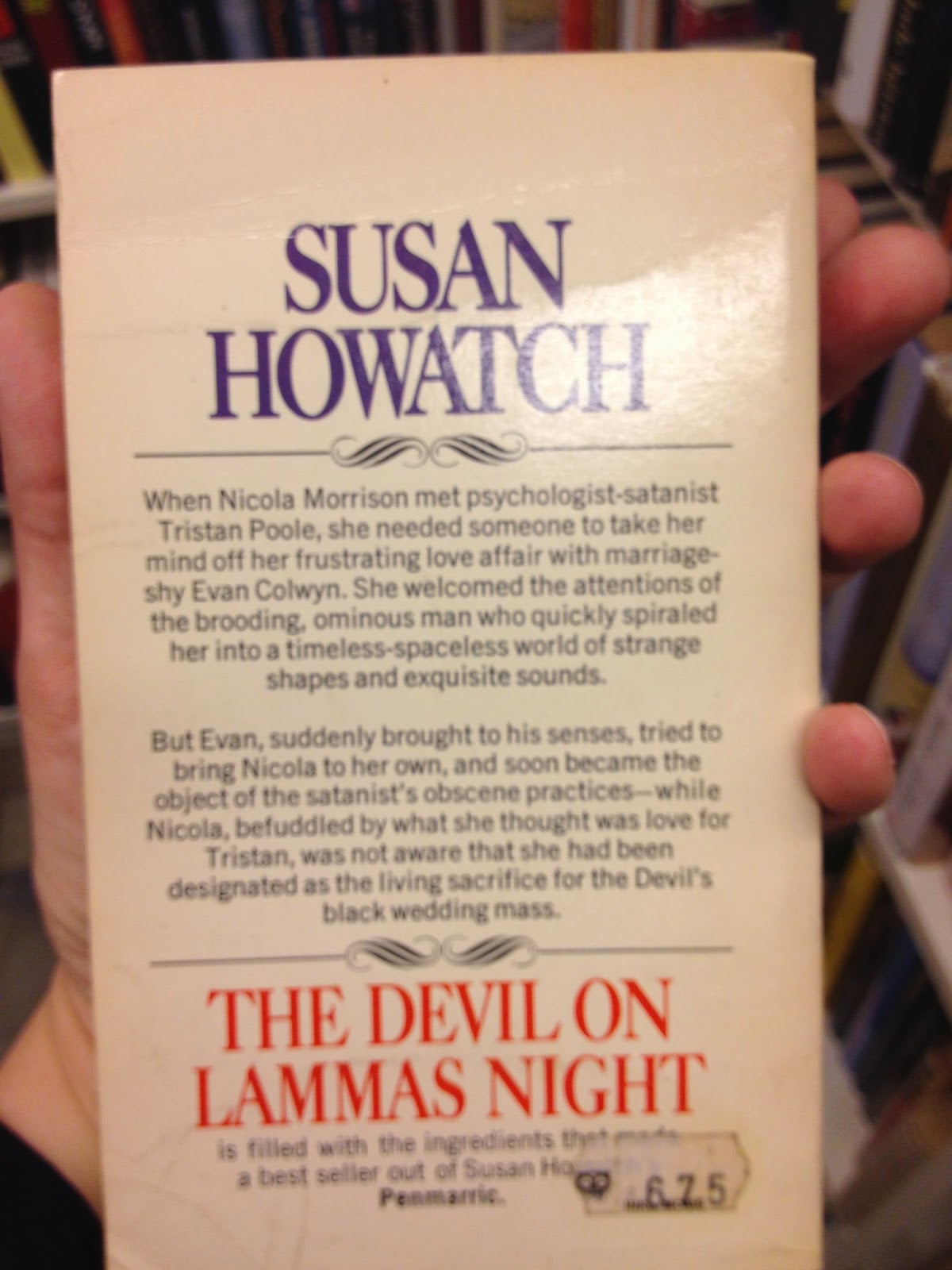 I REGRET IT NOW.