I owe these next two "reads" (oh how Dorothy Sayers would spin in her grave) to the most excellent blog Pretty Sinister Books. It is devoted to little-known or forgotten genre fiction and a veritable treasure trove for the likes of myself. It's pretty much (no pun intended) what I'd like my own blog to be, had I but been more clever and/or dedicated beyond the stumble-upon approach to literature. I've only just discovered it and find myself bookmarking all the posts. Sadly haven't had a chance to read the whole blog though.

Anyway, blogger John wrote a post about Ursula Curtiss novel The Deadly Climate, a post which also touched on Curtiss' mother, also a well-known and popular Golden Age author, Helen Reilly. Go and read it.  I'd never heard of either, jumped on library website, discovered that both authors were represented in Swedish translation only and buried in the cellar storage to boot, so I ordered one from each immediately. Thanks to interwebz I found out the title of The Deadly Climate in Swedish (Mördande atmosfär), so I got that one. Now, just look at the retro folks (and at my fingers and feet and the tube of vaseline that needs to be put away in the bathroom):

I started with Helen Reilly's novel Mourned on a Sunday (Sörjd på en söndag), because logically one should start with the mother and not the daughter, right? 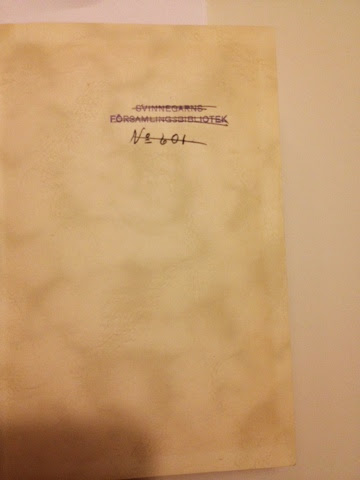 Once this belonged to Svinnegarns församlingsbibliotek (Svinnegarn parish library). I just love that. Svinnegarn is a little place not far from Enköping. The church is a dominant building dating from the 13th century, and Svinnegarn was an important place of pilgrimage during the Middle Ages with one of Sweden's most famous sacrificial wells. So there you go. Thank you Wikipedia. It's worth noting that the parish of Svinnegarn doesn't exist anymore, it's been merged with a bigger parish since 2006.

Erm, the plot then? Well, there is an excellent summary and review here on Beneath the Stains of Time - a blog I just googled myself to and think I'll really enjoy! Bookmarked! That's handy for me. I wasn't superkeen on the book, something about the tone of it just annoyed me a little. Too much of Nora (heroine) stepping "lightly" and being slim and gorgeous. Part of it was maybe a translation woe though. The translator was competent but got some things wrong (would you like an example? well tough, my note-taking days are over :((( ). What I do remember was how referring to someone's age as "in his sixties" is translated as "i sextiotalet". That is bizarre-sounding now. Did people really say that? Or is that one of the mis-translations?

Ok, so then I read The Deadly Climate, or Mördande atmosfär as it is in Swedish.


I enjoyed this one more. The atmosphere is dense and there is a feeling of suspense. If I'm perfectly honest I don't completely buy the basic storyline, and that they can find no safe place for the witness to murder apart from in a house that is apparently under siege - but no matter, it's still enjoyable.

Look, it was somebody's homework: 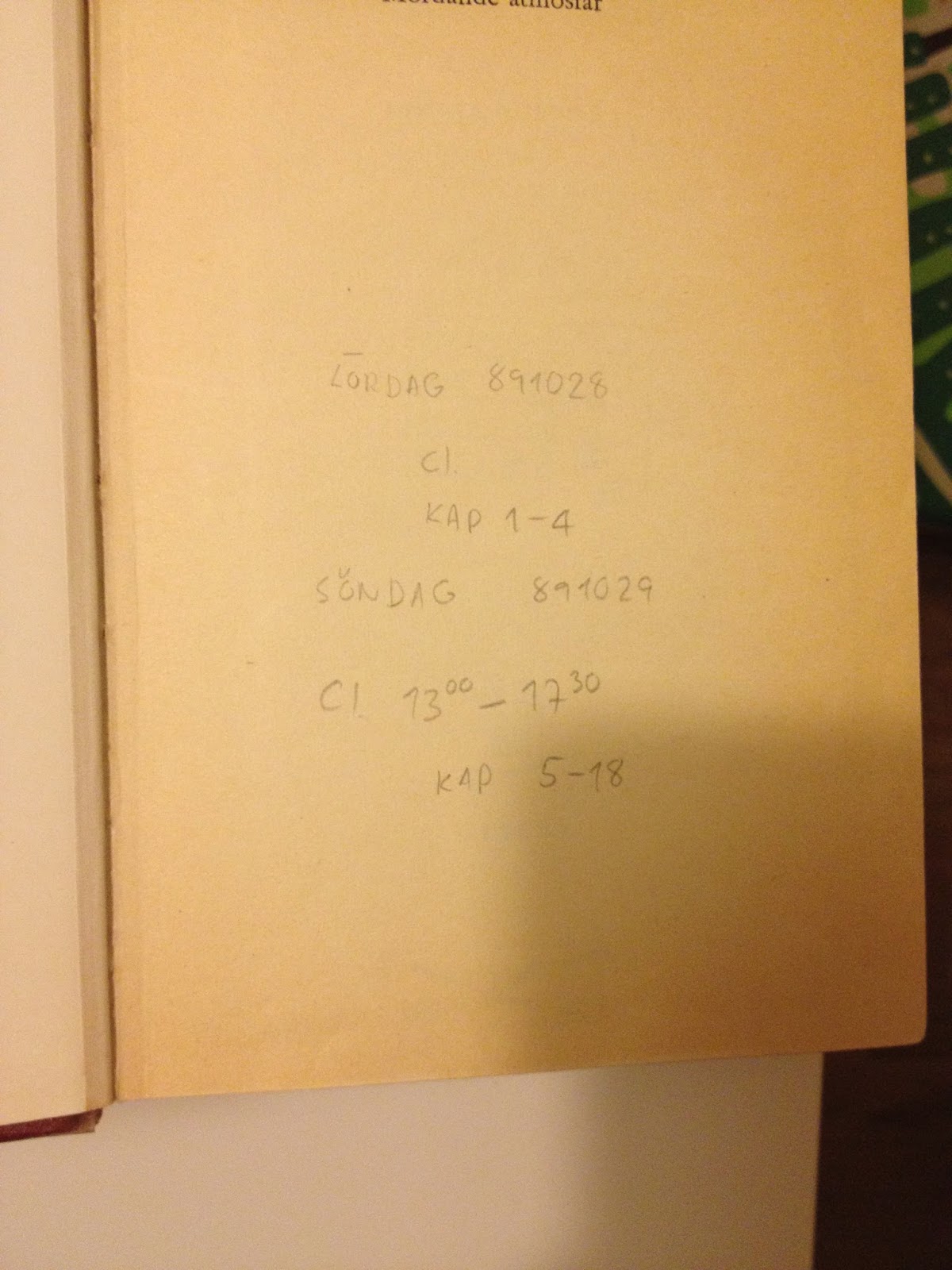