When we went to Ireland I ploughed through my sister's Agatha Christies and some kids' books they had. And when I got home I was still on an Agatha Christie kick so I borrowed some more at the library and have also been watching Miss Marple on Netflix like some mad thing (the Joan Hickson ones, natch). I tried the Hercule Poirot too but that was just too camp; I couldn't take it. I can't believe they spent (or spend!) so much time and effort at all these Agatha Christie series and made them so shite. Those stiff actors who seem to be sitting on set just waiting for their lines, which they then deliver with the most obvious of acting cues, in manner of school play. I'm surprised they know what to do with their hands, I wouldn't raise an eyebrow if they stood there with their appendages dangling limply or with fingesrs laced together awkwardly over their crotch area, like true amateurs do. Really dire. But after a terrible first four or so episodes the Joan Hickson series does pick up a bit, and she is an excellent Marple. The best, the tops. However, what I like about vintage detective fiction is that there really is a lot of subtext and information about society at the time going on under a repetitive sort of over-structure , and I don't see why they ever pick up on this and play it up a bit when they film the stories. They could easily tweak them darker, or turn a spotlight just ever-so-slightly on the implied gay relationships (I'm not asking for new storylines to be added, thus corrupting the original story, mind, just more interesting bits), or just do anything instead of falling into that god-awful trap of going bananas over the costumes.  Costume away, my dear friends, but think Mad Men instead - script and eye candy. Also - please be period correct!  And a lot of information needed to understand the characters involved seems to go missing in the filming - understandable, because you don't want a scene with somebody reciting the biography of X, Y and Z, in the way you can in a novel, but at the same time it's worth pointing out that it is possible to shed light on the background and motivations of people in films too without voice-overs or recitals. Scripts people, they need work.

Now, I still can't say Christie's my favourite. My previous grumbles do stand, but I'm warming to her. She's uneven though, isn't she? I still find it difficult to guess the killer, which I put down to needing more information than what is given. I am probably in the wrong, since I admittedly don't read carefully enough. Anyway, brief notes below based on memory alone - I'm writing this post in mid-September and half the books were read in mid-August. 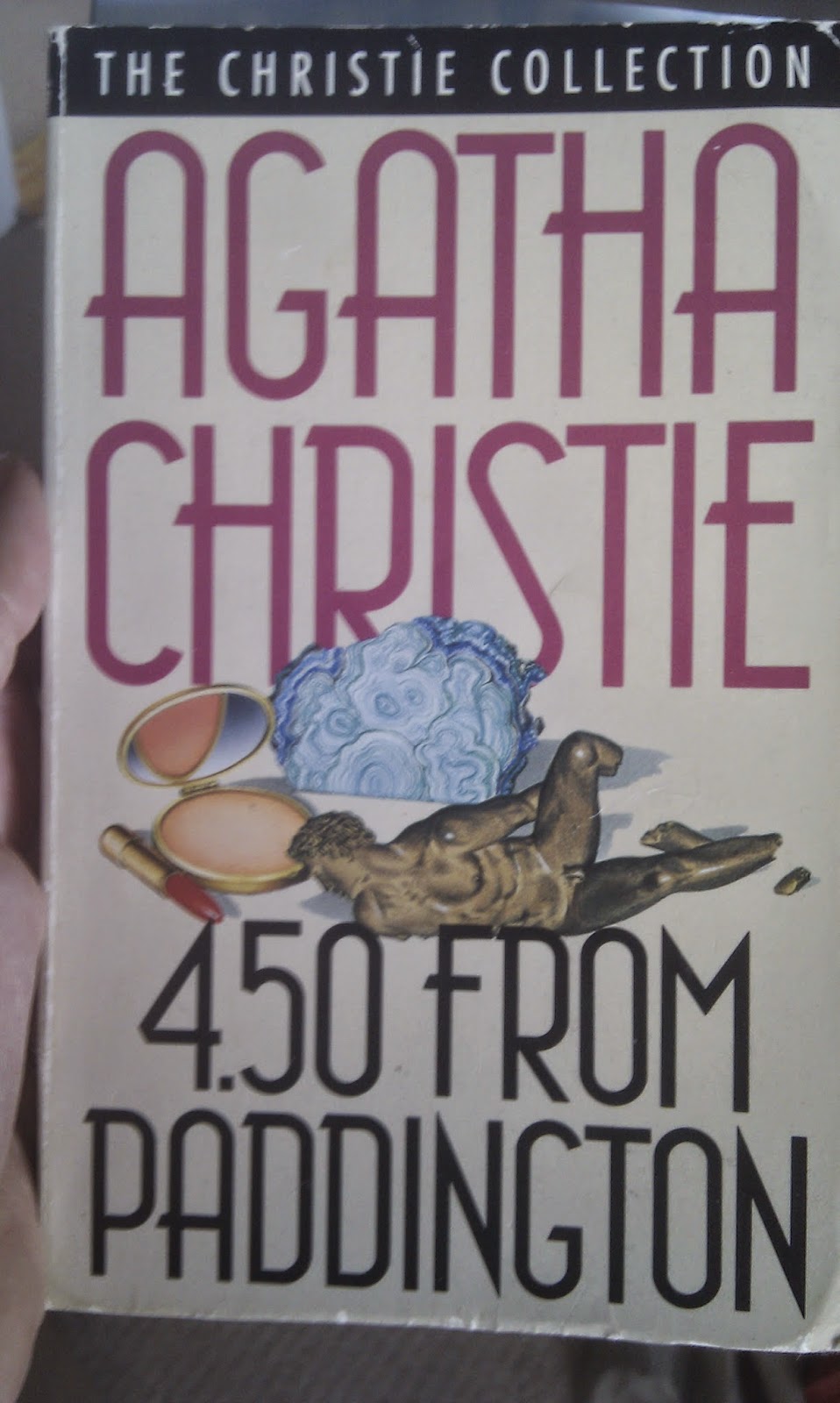 4.50 from Paddington is one of my favourites. A great suspenseful killing on a train, that is only witnessed by accident. Maybe I'm just a sucker for train anything after commuting for so long and having a son who was train mad as a youngster. I also like the general set-up, the crumbling grand house in the middle of a changing community, the clever young woman who helps miss Marple by taking a post as housekeeper. Pleasing. 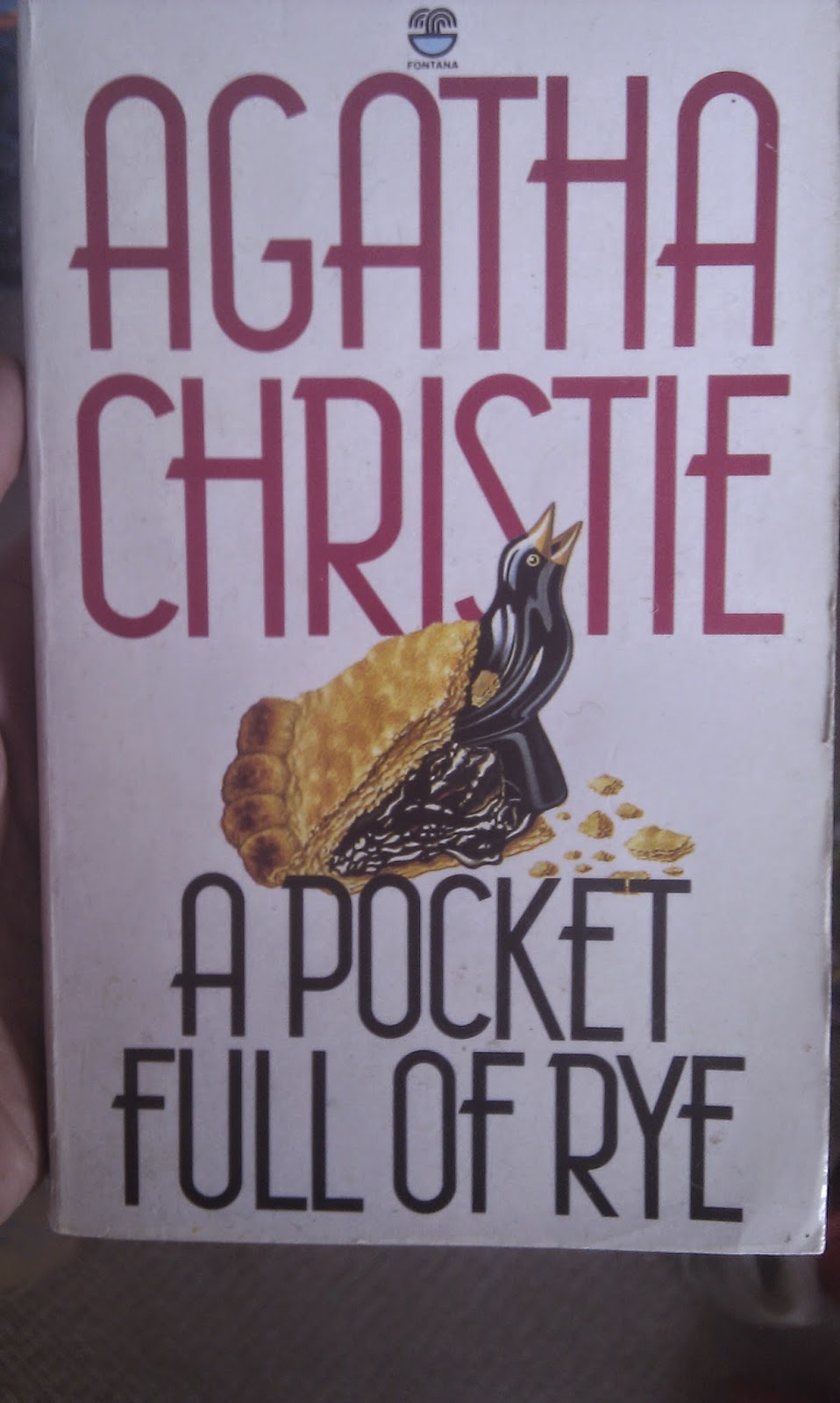 A Pocket Full of Rye is a little less good. A little too fantastical. Also, one has to make a few imaginative jumps here to guess the killer, surely? It's not obvious just from the clues in the text, is it? Or am I stupid? (Don't answer that.) 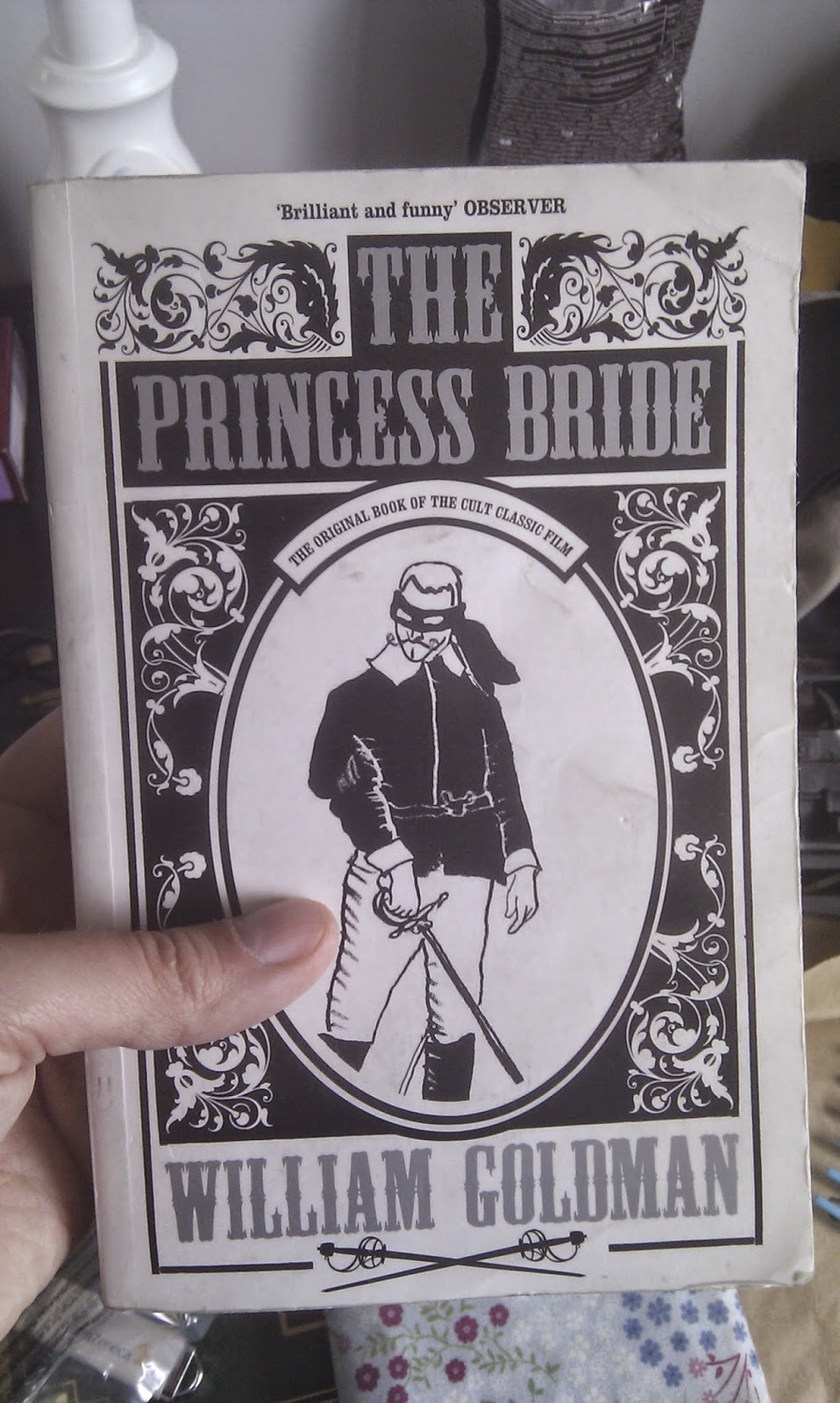 The Princess Bride: OMG OMG OMG I've wanted to read this for soooo long, why haven't I? And there it was, in my niece's bookshelf!

I have, of course, loved the film since childhood, and I remember my cousin (who introduced me to it) saying that it was based on this book, and she'd heard that the ending was actually really sad and that the spells wore off so Wesley died and Buttercup returned to Humperdinck. I am very grateful that the ending isn't quite so sad. More ambiguous. This is funny, entertaining, and clever. I don't know what I'd have made of it as a child/teen, if I could have appreciated the way fact and fiction is melded; Goldman writes as though he's adapting an original novel, written by S. Morgenstern, and the book is riddled with notes on what Morgenstern's (boring) original is like, why Goldman is cutting those bits out, loads of commentary on Goldman's own private life (all lies), and this edition has the epilogue where Goldman is bypassed by Morgenstern's estate for the sequel in favour of Stephen King. It's just brilliant. I think I'd have swallowed all the lies, until clocking (being a European after all), that there are no such places as Florin and Guilder. The question is how long it would have taken me. I was confused even now, as an adult. Awesome. 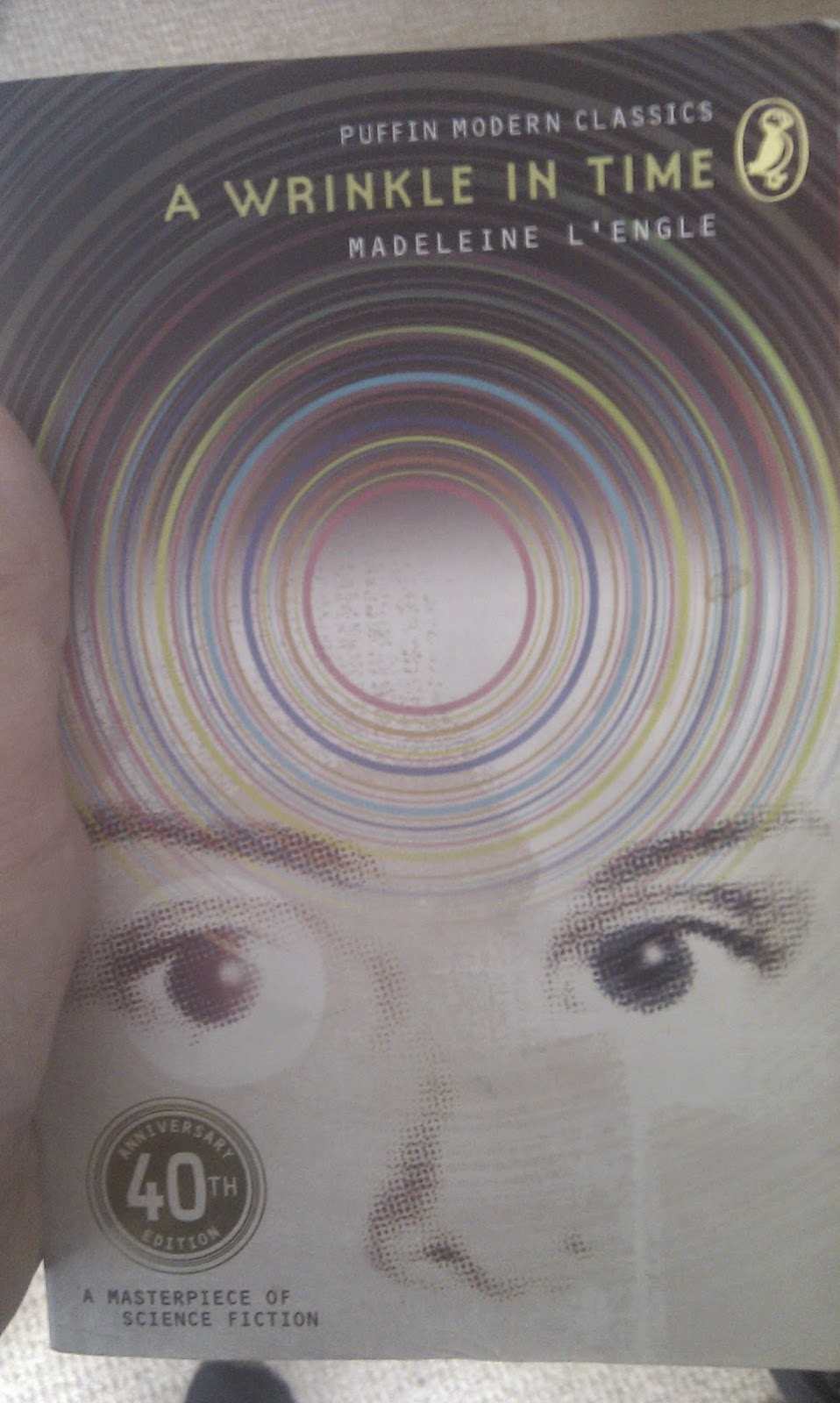 A Wrinkle in Time: Why is this book a classic? One of the poorest works of fiction I've ever read. I am so confused. Not one proper character in the whole book. 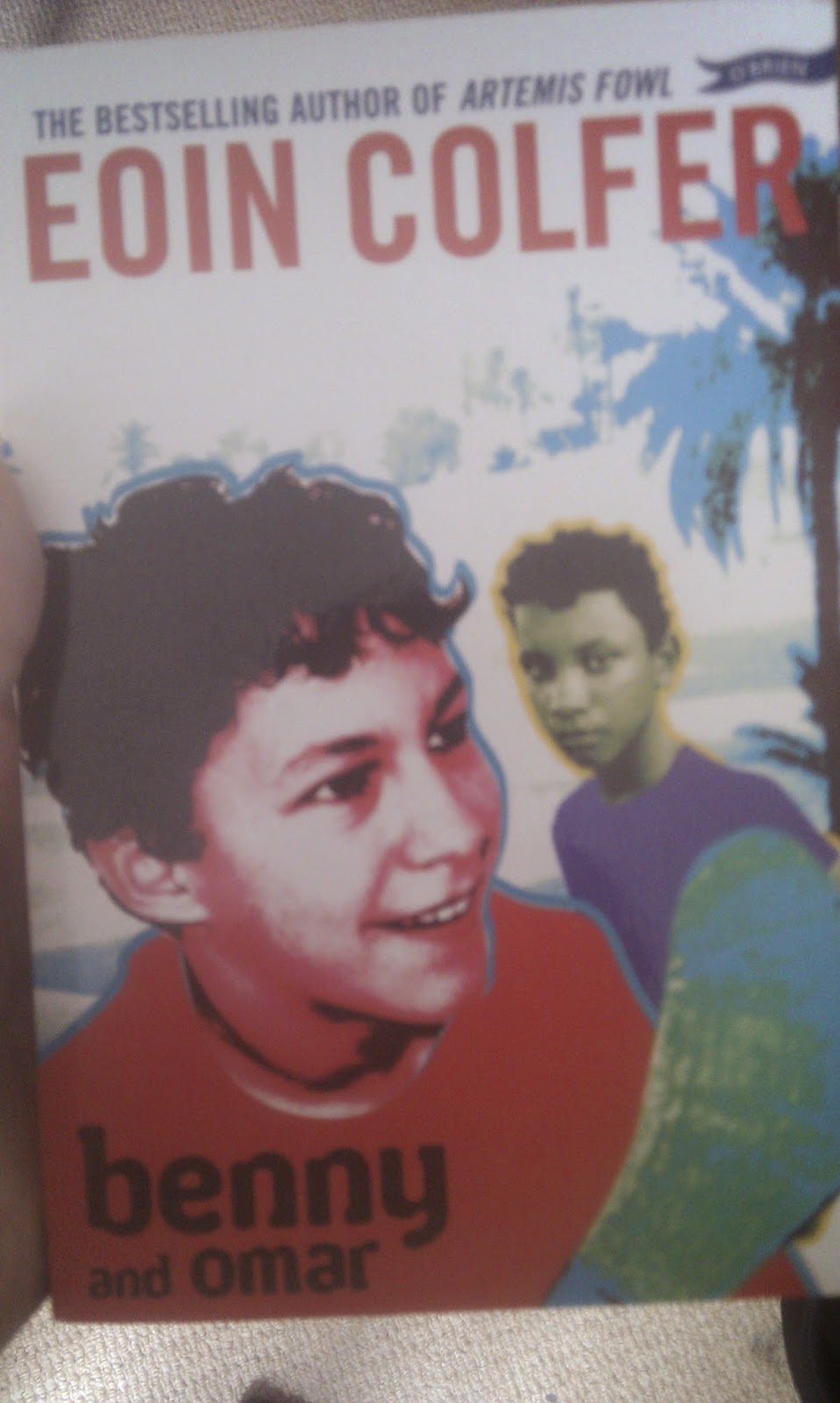 Benny and Omar: This was fun to read, but I don't know if it's very good, really. It reads like Colfer went to Tunisia and thought he might make a book out of that, but not like a tonne of research went into it. It was funny to read while in Wexford and hearing the "syrupy accent", that the Tunisians fail to recognize as English, live. 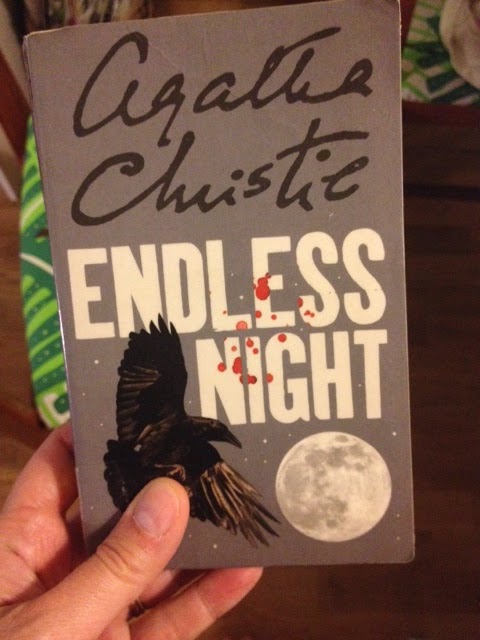 Endless Night is an artsy Agatha Christie. Inside the mind of the killer and all that. Meh, really. Not badly written, just not interesting beyond the props. 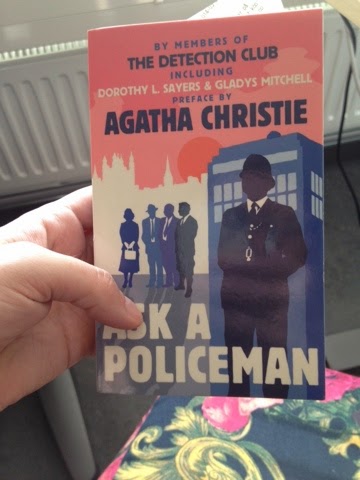 Ask a Policeman was a bit of a disappointment. It's a collaboration between several members of The Detection Club:  Anthony Berkely, Milward Kennedy, Gladys Mitchell, John Rhode, Dorothy Sayers and Helen Simpson. Each writer (except Rhode who writes the general set-up first chapter and a concluding one if I remember correctly) wrote a chapter featuring another writer's favourite sleuth. This is a highly entertaining premise if you are accquainted with said sleuths already so you can appreciate the jokes even better - but sadly I am not. I've only read Mitchell and Sayers out of this lot (I borrowed the book because of Sayers, obviously). Frankly I was bored to tears by the end when Rhode worked through the "true" solution. Sayers's bit was very good though. It's worth reading the Goodread's reviews on the book, by the way. The preface in this edition is by Agatha Christie, but was originally written for a Soviet magazine or something so it's not book-specific. (Any mistakes in facts now are due to me having to return this book before writing any notes - someone had put in a reservation for it at the library. Imagine!) 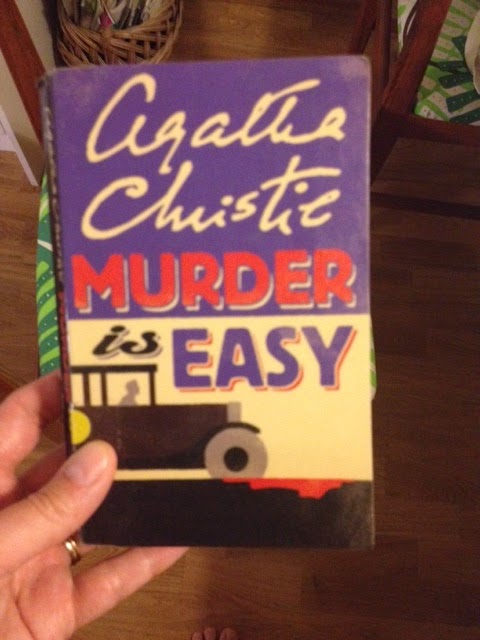 I don't remember what this one is about at all. Let me google... Oh right! Now I remember!  There were bits of this that I quite liked, but I didn't like how everyone was perfectly okay with a child dying because he was "a horrid boy". So that's alright then, push him out the window. Right. Makes perfect sense. Put that in your Discovery channel documentary "What Made Britain a Sick Sick Place", thank you. It's all jolly good and I say and then KILL THE KIDS. 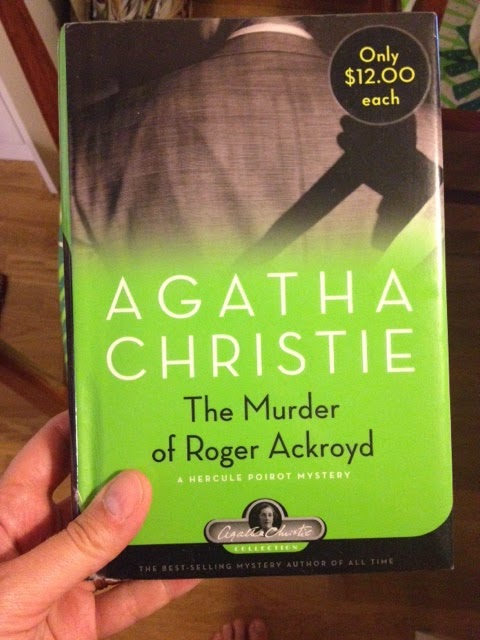 Ah, this was Christie being clever again, causing outrage among the readers I believe. She'd claim she's not breaking the whodunnit rules, but I don't know - she's definitely bending them. I was surprised at the solution but I don't know if I approve. Tut tut.

Aaannnnddd finally a Marian Keyes I picked up on a whim. This novel must have been written during her latest bout of depression. It's very sad in places, very moving. Unfortunately also a bit uneven. The story doesn't hang together all the way. I wonder why these aren't being filmed? If this was a Swedish writer in Sweden the film deals would have come so fast, you guys.

She should allow herself to not have to be funny, I think she could write a better book. That said, the depressing paint scheme of the missing singer's house is hilarious! I found a quote on Goodreads so I'm pasting it in here, since I don't have the book anymore: “He'd done his walls with paint from Holy Basil. God, I yearned for their colors. I hadn't been able to afford them myself but I knew their color chart like the back of my hand. His hall was done in Gangrene, his stairs in Agony and his living room--unless I was very much mistaken--in Dead Whale. Colors I personally very much approved of.”  Paint colours for the depressed! 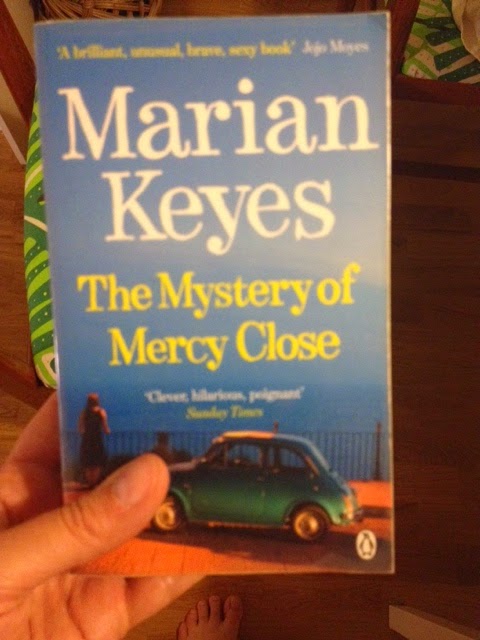